The above is payable when a member retires at age 60 or 70 as appropriate. A member who has retired can only access up to 1/3rd of their total benefits as cash lump sum as per the existing law. With the remaining 2/3rds, RETIRING MEMBERS can either enter into an ANNUITY or INCOME DRAW DOWN arrangement from a PROVIDER of their choice. This will ensure they receive regular pension for the rest of their lives.

Members whose 2/3rds amounts to an annuity, which is less considered TRIVIAL, have the option of collecting the entire 2/3rds. The 'TRIVIAL PENSION' is determined by the government from time to time.

Members are free to take early retirement after attaining the age fifty as long as approval is granted by the Sponsor. Payment of benefits is similar to those payable under normal retirement.

Benefits for Members who go on 'retirement due to ill health' (once approval for the same is granted by the Sponsor) are treated as normal retirement, except that the member has the option of collecting their entire benefits.

Whenever a member dies in service before Normal Retirement Age, the following benefits are payable to the nominated beneficiaries:

·        The FUND VALUE (accrued benefits) of the deceased member is disbursed to either an ANNUITY or INCOME DRAW DOWN  ARRANGEMENT.

END_OF_DOCUMENT_TOKEN_TO_BE_REPLACED 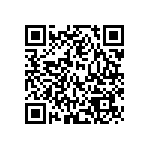