History of the Scheme

The University of Nairobi Pension Scheme has undergone a number of metamorphosis since itthat began in 1956 when the Royal Technical College of East Africa (as the University was known then) establishment the Royal Technical College (Nairobi) Pension Scheme. Stage two of the metamorphosis occurred in January 25, 1961 when the College was admitted to the (Commonwealth) Federated Superannuation Scheme for Universities (FSSU), which was administered,from London in the U K.

The University of Nairobi Pension Scheme, the fourth stage came into being in January 1, 1987. On that date, the University pulled two schemes out of KNAC and merged them into one self-administered scheme. The Scheme operated as a ‘Defined Benefit’ Scheme with members’ benefits being computed as a percentage of final salary. It was being run as a department of the University until October 8, 2001 when it was de-linked from the sponsor in compliance with the Retirement Benefits Act of 1997 and the Retirement Benefits Regulations of the year 2000.

The current University of Nairobi Pension Scheme 2007 is the fifth stage of the metamorphosis and was established on 1st March 2007 after it was converted from a ‘Defined Benefit’ to a ‘Defined Contribution’ Scheme. It is established under irrevocable Trust for the purpose of providing pensions and other benefits for employees of the Sponsor upon their retirement from the Sponsor’s service, and relief for the dependants of deceased employees. The current Contribution rates are 10% for employees and 20% for employer.

The Board is made up of four (4) University Council nominated Trustees and four members elected Trustees. The current-serving Trustees joined the Board at various times and their terms would be expiring on different dates.The Scheme is administered internally by a secretariat comprising of five (5) members of staff.

END_OF_DOCUMENT_TOKEN_TO_BE_REPLACED 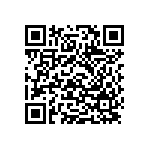