Joe Ogutu, one of Safaricom's long-serving Executive Committee members who retired in April 2022.

Joe Ogutu slept in on a weekday. And he was not sick. If you know anything about Joe you’d know that statement is an oxymoron because for 40 years Joe had an office to go to. Things to do.

He had a feverish calendar. He had hours that felt that they were constantly melting into each other the moment he swung his legs from the bed. He had people who knocked on his door and sat across his desk with notepads and creased brows.

He had a board to dance to, the corporate dance, you know the type you dance even with a broken leg? The last 24 years of this dance were at Safaricom, where at the tail-end he was the Chief of Special Projects and the chairman of the Safaricom Foundation.

Three months ago, he retired. He is 65 now but looks younger and fitter [he has always run] and a little bit bewildered that he is out of the rat race after a successful run.

It takes longer than three months for something like this to sink in because after 40 years it is easy to define yourself by your job, your office and the title on the door, and by the brutalising pressure of C-suite life.

“One of the things that you realise when you retire is how controlled your life was,” he says, seated back at Brioche Bistro on Nairobi’s Rhapta Road.

It was 11am and he was fresh-faced, relaxed, wearing a rugby long sleeve polo shirt, khaki pants, and a gold watch, an irony of this season he finds himself in.

“And that life easily becomes a part of you and you only realise that it’s different when you actually step out and all of a sudden you see the freedom you have. But you also realise that the society is not ready to receive you. Even at home they are not used to dad being at home,” he says laughing, legs stretched under the table.

“The people I support suddenly feel like their lives are impacted by my retirement. They ask, ‘who is now going to support my project?’ There is a lot of dependency in our society.”

He talks of a burden being lifted from him after retirement, a burden that comes from targets and the constant leadership demands.

“It’s a relief, to be honest,” he says, sipping his latte unhurriedly.

“But it’s important that you enjoy your job because the consequences are there; mental health problems, high blood pressure, dissatisfaction…”

Overhead, light bounces off his clean bald shave. Joe has no hair on his face, clean-shaven like an officer going to war, only he has been to the corporate war.

Planning for retirement is a bit like planning for death; you just never see yourself as retiring because that would mean you are seeing yourself as old and spent.

Joe never had specific plans for retirement until 10 years ago when the details started getting sharper.

“I knew I wanted to be a farmer. A serious farmer. I envisioned a retirement in a stone farmhouse, the colonial type, a bungalow, chimney, dairy cows, that sort of thing. That didn’t work,” he chuckles boyishly.

Instead, he built a home in a gated community called Amagoro County Homes and is currently engaging a professional in farming.

“I sit on several boards but I want to wiggle out of some to free my time for farming but also do executive coaching. I enjoy working with young people. It is rewarding to see young leaders get into society.”

His retirement lessons were informed early by watching his father struggle post-early retirement. “He struggled so much he would come to ask for my boom [HELB] money to support my siblings,” he grimaces.

“And not that he was disorganised, not at all. He was in pharmaceuticals, a middle-class professional, and a believer- I was born in a Christian family- but he still struggled in retirement because we were eight children and all his investments collapsed and he found himself almost destitute. This is the life many retirees face. This is a life I didn’t want for myself. I didn’t want my children worrying about me financially.”

Money and good health are the big pillars of retirement. It is easy to think about what sort of investment you would have in retirement as opposed to what you will do upon retirement.

“You are so busy in corporate that you don’t give it great thought but the question remains; Do I have the investment that will make it possible for me to sustain a reasonable standard of living? What will allow me a reasonable level of comfort?”

Joe figured he would comfortably live on 60 percent of whatever he was drawing in salary. The extras have to go. Health insurance is a priority but health insurance is not worth much in retirement when you did not take care of your health when younger.

“Your greatest wealth is your health.”

He is lucky he was the chairman of Safaricom Pension Scheme which exposed him to professionals in the market who advised him. His money obligations are few; two adult children are already out of the nest, working. His last born is in university.

“Apart from my extended family, she is my only responsibility and I can say that I can take care of her education unless there's a major economic disaster.”

The question that always remains in retirement seems to be; Who am I? What do I want? What did I like? What do people do in the house before dusk? Because after decades of pushing paper, it is easy to forget who one was beyond the titles and pay grades.

Retirement often forces many to find themselves unable to integrate back into society without a title or a purpose that is not tied to capitalism.

“You need anchors that ground you, and that only comes from value and belief systems. Mine was my Christian background.”

He also tells a story about his father working away in Tanzania while he lived in a slum in Kisumu with his uncle, attending Aga Khan Primary School.

“Those contradictions in my life shaped me. I walked to and from work at my first job and borrowed money for bus fare. I paid fees for my siblings. I have seen people at the lowest levels, as I have and when I rose, I didn’t forget who I am. Or my privilege. These things have made me adjust faster afterlife in corporate because I know them, they have grounded me.”

In the meantime, his phone, he has noticed, is as silent as a lamb. He will be lucky to receive more than three official calls a day. Before he would get hundreds of them. He holds the gadget up and laughs.

“For now it’s a great relief but maybe later I might start wondering what I’m doing with my life. I hope it doesn't get to that, you know?”

He looks forward to farming and to spending more time between his village in Awendo where his mother lives and in Kitale where his home is. He likes the silence there. He wants to put on a basketball hoop for his grandchildren and himself.

In the meantime, he fills his days with board meetings, attending funerals in the middle of the week, meeting young people who need direction, and attending his Bible studies in the evenings like he has always. And he meets random journalists for a latte, legs spread under the table, and he never once looks at his watch or his phone.

END_OF_DOCUMENT_TOKEN_TO_BE_REPLACED 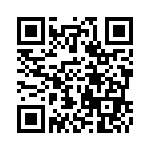